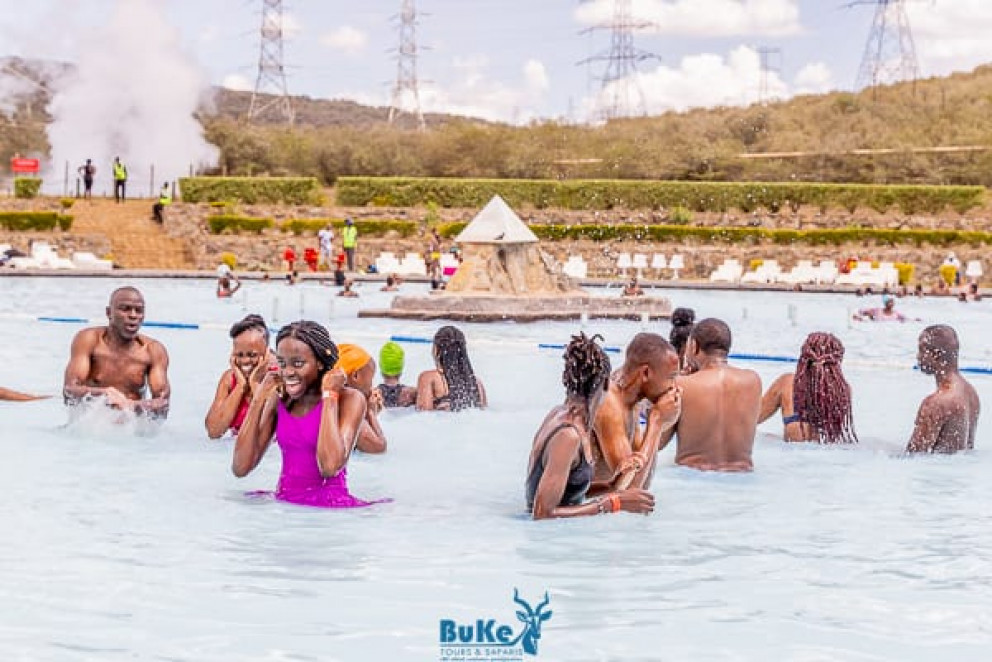 The KenGen Olkaria Geothermal Spa is located within Hells Gate National Park in Naivasha, which is managed by the Kenya Wildlife Service (KWS).
Other than the huge billows of steam emanating from the KenGen substation; the land is undisturbed. Come to think of it, most of Naivasha seems to be engulfed in a time zone of its own; trapped in the novelty of the rift Valley settlers
For those who are unaware, the Olkaria Spa is the continent's largest natural spa, making KenGen the first company to optimize the use of geothermal resources by developing an income generation project other than power generation. The water in the spa is entirely natural; no artificial additives or treatments have been applied to it. Pipes bring in wet steam (known as brine) and allow it to cool before releasing it into the pool.
The water is mineral-rich, with the highest concentrations of Sulphur and Silica. This is why the water appears cloudy. When viewed from a distance, it appears whitish. Have you ever tasted the water used to boil an egg afterwards? Yes? That's how the water in the pool tastes.
Buke tours would be happy to organize individual and  group trips as well as team building
For more information kindly reach us through call or What's App at +254759400785

We may use cookies or any other tracking technologies when you visit our website, including any other media form, mobile website, or mobile application related or connected to help customize the Site and improve your experience.
Read Policy